Today’s post focuses on luxonomics (luxury economics). Since luxury goods embrace the concept of rarity, it would be an obvious deduction to assume that the more scarce a luxury product or service becomes, the more demand it enjoys. Consequently, prices can appreciate – to levels that can be absorbed by few.

Some of the factors affecting supply include:

Today I want to show you some “scarce” luxury products, whose supply has largely been affected  by government regulations. As the cited MSN Money slideshow states, all the products listed are affected by legal restrictions limiting their production, distribution, and sale in parts of the world. Much of the reasoning behind these bans is aimed at protecting the environment.

For a long time, PETA has been a staunch supporter of boycotting fur. German-born fashion designer, Karl Lagerfeld might think this is absurd, but starting in 2013, you won’t be able to buy any fur in West Hollywood, CA. The city has placed a ban on the sale of fur. Can you guess which country is the largest exporter of fur? It’s China. Which is the largest consumer? The EU. 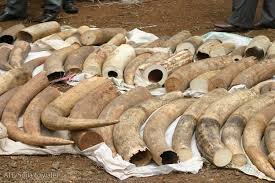 Ivory has been adored as a great material for many items ranging from jewelry and decorative pieces to pens and piano keys. Bans in the 20th century have helped protect the populations of elephants, walruses, and other ivory-bearing animals. However, like all things prohibited, the trade is still alive in dark corners and alleyways across the globe. MSN Money details a recent seizure in 2011:

There is still a thriving black market for these goods, however, as evidenced by a Nov. 15, 2011, seizure of $2.2 million worth of ivory from a South African shipping container that was discovered in a Hong Kong port. The contraband goods included more than 700 ivory chopsticks and 33 rhinoceros horns.

The state of California banned the sale of this leather favorite in 1970. When actress, Reese Witherspoon was seen sporting a $3,820 python Chloe handbag, she was not breaking any law. Had she tried to sell it, then her lawyering skills from Legally Blonde would have been necessary.

Check out other luxe products in the banned lineup.

In a global economy where demand drives commerce, it is necessary that governments create policies to ensure that the fair sourcing, production, and use of goods is upheld. One could surmise that companies are responsible by nature, but I disagree. As long as the growth of shareholder value remains a large reason for why the firm exists, businesses will continually find innovative ways to achieve their goals – even if it is at the risk of mother nature. Responsible firms develop only through the culture of the people that operate the business.

In the past, many luxury brands may have given corporate social responsibility (CSR) a backseat to profitability and market dominance. However, consumers are slowly becoming more inquisitive into how the goods they purchase affect other stakeholders. Hence, luxury manufacturers are rolling out CSR guidelines and reports outlining their attempts to make the world a better place.

In spite of morality and changing consumer demands, bans cannot completely save the environment. The laws of economics do not say that buyers will just vanish when the price of a good becomes too high. For luxury goods, the hidden costs of jail time and fines only add to the aura of exclusivity of a product, ultimately driving its demand.  At any seller’s price, there is always a buyer, even if the market transaction is considered illegal. Wait, there’s a place for that – the black market.

This site uses Akismet to reduce spam. Learn how your comment data is processed.